A star on the Boston music scene, Athene Wilson is a three time Boston Urban Music Award winner. People around the world have enjoyed Ms. Wilson’s melodic sounds in jazz clubs, concerts, and special events. She is a consummate professional with a show that keeps her audience engaged and moving.

When asked who has influenced her musically, Athene graciously mentions Patti Labelle, Aretha Franklin and Ella Fitzgerald. “I have a world of musical tastes and my voice can adapt to many musical styles. While I appreciate the talent of these and other artists, I work very hard at being myself.”

Athene Wilson began her singing career at the tender age of seven in a small Pentecostal church in Jamaica. She often performs with the legendary Rollins Ross. Among the many musicians she has accompanied are Andre Ward, Walter Beasley, and Larry Watson.

Her CD, It’s About Time, received national and international airplay. Athene pours her heart into the songs that include originals (Fireflies), classic standards (At Last) and the title track, (It’s About Time). Produced by Felix Mwangi of 12th Note Productions, it’s a dynamic collection that showcases her extraordinary talent. 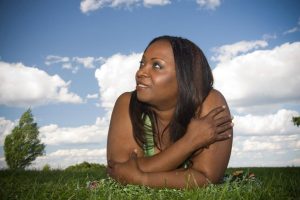