Update, 12-5-2021 Mystic mourns the passing of this great man and wonderful friend to the chorale. RIP, Bill.

Anyone not familiar with the music of Bill Staines is in for a special treat.

For more than forty years, Bill has traveled back and forth across North America, singing his songs and delighting audiences at festivals, folksong societies, colleges, concerts, clubs, and coffeehouses. A New England native, Bill became involved with the Boston-Cambridge folk scene in the early 1960’s and for a time, emceed the Sunday Hootenanny at the legendary Club 47 in Cambridge. Bill quickly became a popular performer in the Boston area. From the time in 1971 when a reviewer from the Boston Phoenix stated that he was “simply Boston’s best performer”, Bill has continually appeared on folk music radio listener polls as one of the top all time favorite folk artists. Now, well into his fifth decade as a folk performer, he has gained an international reputation as a gifted songwriter and performer.

Bill Staines sings his classic song RIVER with the Mystic Chorale and special guest Larry Luddecke on piano as part of TURN TURN TURN, a tribute to Pete Seeger. Saturday, May 16, 2015 at Converse Hall in Boston. With Ricky Mier on banjo, Chris Eastburn on guitar, Eric Kilburn on mandolin, Matt Steinberg on drums, Doug Rich on bass and Nick Page, conductor.   CD of concert available here. 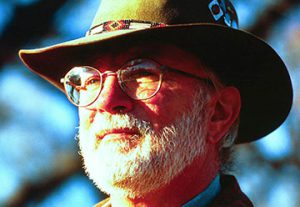