Cantor Linda Hirschhorn is a well-known performer and founder of the women’s a cappella quintet Vocolot. She has released six recordings and two songbooks of original material that reflect her pride in Jewish women’s heritage and a concern for social justice. Hirschhorn travels around the country working with or establishing community choruses. She has been in her current position as Cantor at the Temple Beth Sholom in San Leandro, California since 1988.

The daughter of orthodox parents, she grew up in New York City’s Washington Heights. She remembers going to shul every week. Sitting upstairs in the balcony she envied the bar mitzvah boys allowed to stand on the bima.

At the age of nine she joined the Yeshiva Rabbi Moses Soloveichik choir where her musical talent found voice. A graduate of the High School of Music and Art, Hirschhorn joined the Jewish Zamir Chorale of New York. She had the honor of singing with them on Mount Scopus and at the liberated Wailing Wall in 1967.

While in Israel she immersed herself in the songs of the contemporary poets like Naomi Shemer and Ehud Manor. After her move to California in 1970 she joined the San Francisco Symphony Chorus and the Oakland Symphony Chorus. She also became caught up in the protest movements of the day. But it wasn’t until the 1980’s that she became empowered as a Jewish woman. She says, “Jewish feminism, with its insistence on and permission of an honest expression of one’s deepest self without shame or inhibition, helped me integrate my political and Jewish roots.”

In 1995 she traveled to Kiev with Project Kesher to form the first International Jewish Women’s Chorus. “Our common language was the music, and the music became the basis of our community,” she says. Since that time her professional life has been filled with writing, singing and teaching music. 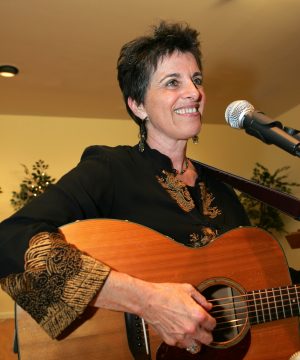