We are delighted to welcome this season’s featured guest, Nichelle Mungo, a multiple Grammy Music Educator nominee, three-time winner of Showtime at the Apollo, recipient of multiple Best Artist (Gospel and R&B) awards from the New England Urban Music Awards, and an associate professor at the Berklee School of Music.

Nichelle inspires, engages, captivates, and spiritually radiates her audiences as a recording artist, educator, songwriter, and choral director. She has sung with Harry Connick Jr., Phil Perry, Kirk Whalum, and Sinbad, among others, and has performed at the Chick Singer Tour, the Newport Folk Festival, the Annapolis Choral Festival, the Lord of the Rings Symphony, and the Final Fantasy Symphony. She has been the guest music director for Stax Records Music Academy and done commercial work for the Massachusetts Department of Public Health. Nichelle has sung the national anthem for the New England Patriots, Boston Red Sox, Boston Celtics, and New England Revolution, and we’re thrilled to have her joining us for Mystic Gospel 2022! 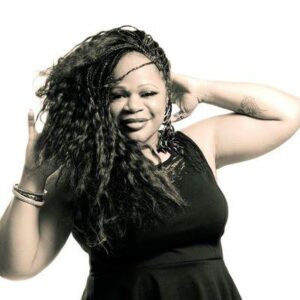