We’re thrilled to welcome Ray Greene as Mystic’s featured guest for Mystic Gospel 22. Ray is a singer, producer and multi-instrumentalist living here in the Boston area. He earned a degree in Music Performance at Berklee College of Music. Being brought up in the shadows of the great Soul/R&B legends of our time, Ray is equally adept at the traditions of Gospel, Jazz and Blues.

Ray has performed and recorded with several of the most successful and influential names in the fields of Pop, Funk, and R&B, including Aretha Franklin, Natalie Cole, New Kids on the Block, and Rick James. He was selected over hundreds of candidates from around the country as lead vocalist/trombonist for the legendary Soul band Tower of Power, with whom he performed for two years. He also played with famed guitarist Carlos Santana.

Ray has written and produced many CDs of his own music. He received a Boston Music Award for his CD entitled One People. His first ever Gospel CD, Songs of Hope, Inspiration and Joy,”met with commercial and critical success and was followed by a CD of Gospel-inspired material entitled Heaven Bound.

Ray’s voice has been featured on commercials for Converse sneakers (with basketball superstar Magic Johnson), ESPN, Cadillac, Bose speakers, Fox Television and Walt Disney Productions. He has performed the National Anthem for the Boston Red Sox, the New England Patriots, and the San Francisco Giants’ playoff game during their championship run in 2015.

His music and voice can be heard regularly on the daytime soap operas “The Young and the Restless” and “One Life to Live,” and his voice is featured on the Grammy nominated HBO documentary “Legacy.”

The legendary Maya Angelou recruited Ray to perform acappella renditions of her favorite inspirational hymns to open an engagement at the Boston Opera House. 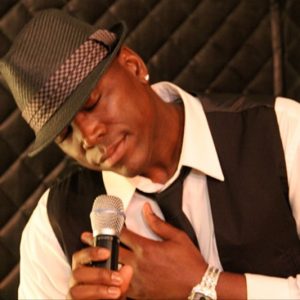