Reggie Harris is a singer-songwriter, storyteller, and cultural ambassador on a mission to educate, entertain, and inspire. For over 40 years, he has captivated audiences to standing ovations in the US, Canada, and across Europe.

A songwriter of great depth and insight, Reggie writes from a personal but accessible place that reveals his deep sense of humanity and a uniquely positive worldview. He is a trailblazer who performs for audiences of all ages. His effervescently humorous and hopeful presence has led fans to label him the “Ambassador of Joy, Hope, and Freedom.”

An educator who entertains, Reggie’s songs reveal the subtle truths of issues that touch our lives regardless of color, background, age, or nationality. It’s about the laughter and the tears… the challenges and the joy… the global and the personal. It’s about history and the present day… the sacred and the laugh out loud funny moments that define us.

Reggie received a life-saving liver transplant in 2008. He uses the inspiration and triumph of that gift of life to spread light and hope.

Averaging over 250 dates per year, this versatile performer is in high demand at arts centers, schools, universities, and festivals. Reggie is an intuitive presenter in workshops on history, song writing, and performance.

Reggie is a teaching artist for the John F Kennedy Center’s CETA program, a Woodrow Wilson Scholar, and the Director of Music Education for the UU Living Legacy Project. He is a master song leader who deeply values the power of song and the dignity of every human being. 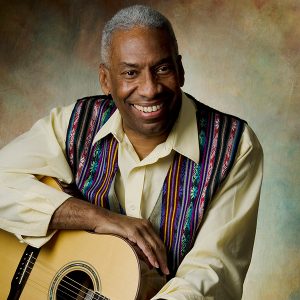