“The list of song leaders and composers who have inspired the Mystic is long, but at the top is Dr. Ysaye Maria Barnwell.  The Mystics have sung many of Dr. Barnwell’s compositions and arrangements over the years.” – Nick Page

Dr. Barnwell was a member of the African American a cappella group, Sweet Honey in the Rock, from 1979 – 2013.  She appears as a vocalist and/or instrumentalist on more than thirty recordings with Sweet Honey In The Rock as well as other artists.

She has, for the past thirty years spent much of her time off stage working as a master teacher and choral clinician in African American cultural performance. Her workshop “Building a Vocal Community®: Singing in the African American Tradition” has, during the past twenty-eight years, been conducted on three continents, making her work in the field a significant source of inspiration for both singers and non-singers, a model of pedagogy for educators, and cultural activists and historians.  See the video below.

Dr. Barnwell’s music has been performed and recorded by numerous choral ensembles and individual artists as well as Sweet Honey In The Rock.  Mystic Chorale recently performed her composition Wanting Memories.  The Record Review Index considers her “one of America’s finest composers”.

To whom much is given, much is required. As one door closes, another door opens. Everything matters. Say Yes!

Building a Vocal Community Workshop: Teaching the world to sing one community at a time 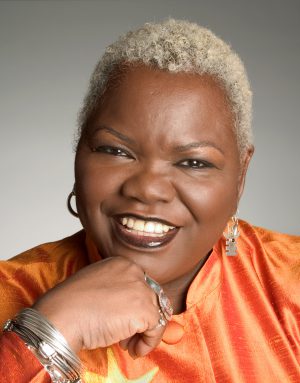